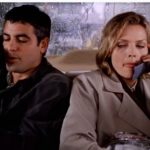 Henry: Happening in short bursts in between home-school meltdowns and playing swing ball.

Jemima: Is writing in quarantine any different from your general writing practice? I guess you have the kids at home now and all the anxieties about how it’s all going to pan out, which is distracting?

Henry:  It’s harder to concentrate – the news is an enemy of writing at the best of times – but it’s also a brilliant escape. My boys are aged 14 and 12- old enough to get on with things, young enough to think they know everything!

Jemima: Nora Ephron famously said, ‘The fundamental thing is there’s a beginning, a middle and an end. If you know that you’re half way to being a screenwriter.’ She makes it sound so easy.

Introduction to Opera by Jonathan Franklin

Fifteen miles from where I live, on the North Sea coast, sits a Category C Lifers prison, housing 240 men. It is beautiful, but remote and a long haul for family visits. For some years now, I’ve been going to bi-annual concerts to hear a group of residents perform songs they’ve written, of sadness, love and broken families. These grown men are expressing themselves, possibly for the first time. It is very moving and some of us in the audience rub our eyes.

A friend introduces me to Writer in Residence and Coordinator of Creative Arts in the prison, Julian. Julian is one of those people you seldom meet in life, devoted, cheerful and with a rare humility. He suggests that I come in and tell them the story of living on a ranch in Brazil. Like all fairy tales, my Brazilian dream was shattered by a betrayal of friendship, and I lost everything. Some of the men might identify with this tale of loss and despair.

The prison Governor says, ‘You never know what little thing said or done starts the new build not to reoffend.’

An ex-probation officer tells me that the overriding characteristic of a Lifer’s prison is boredom.

Over a cup of tea Julian and I discuss what more I might be able to do. He tells me that many of the man can’t read or write properly when they first arrive. I propose showing the film I shot in the heat and the rain, showing jungle, cattle and cowboys set to Brazilian popular music; I could accompany this with readings from my forthcoming novel set in the Amazon. 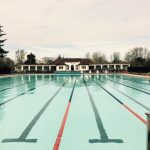 There wasn’t a plan. It was a town on a map, heading west, with a funny looking building in a car park that you passed on the way in. Look closely and you would spot the razor wired perimeters. If you had lived in Brazil where barb wire is a feature of everyday life, then its significance may have escaped you.

I’d first visited the town by accident. We were on our way to a Literary Festival where my brother-in-law was scheduled to appear on a discussion panel, What next for the world?, when we took a wrong turn.

The streets were deserted. Where was everybody? Then it hit me. Spooks.

‘What does GCHQ stand for,’ I said.

‘Government Communication Headquarters,’ said my brother-in-law as we quickly motored through. 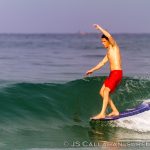 From travelling to other areas of post-conflict Africa I’ve learned never to define places through their wars, or limit expectations or understandings through media representations. In Sierra Leone’s case, accounts of the generations who abandoned farming to sieve dirt in stagnant muddy waters, mining blood diamonds in the hope of a winner; child soldiers high on a deadly cocktail of cocaine and gunpowder known as brown-brown. But as nations reflect on the scars, these images can get in the way of future possibilities, stunting creative change, inviting piety and aid to places that demand ecological education – how to learn sustainability and self-sufficiency. 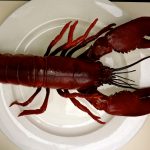 ‘I blame it on the pies,’ Millie said to her husband, Steve.

They were watching the latest roundup of Turner Prize nominees, introduced by that art critic who seemed to get chubbier every year, but she wasn’t referring to him.

Millie launched (again) into her theory of why she had failed to win a prize, let alone a nomination.  She’d first told Steve, early on in their relationship, and he had laughed uproariously at her story, her so-called theory about the pies.

Millie lived in a street of artists. In the old days, the 80’s, when they were much younger and had no children (or not many), they were in and out of each other’s houses all the time – the street of semi-derelict brick terraces, twenty-five of which had been claimed as temporary living-work spaces for artists (with no heating, and outside loos). Millie was going out with Leczek then, a Polish filmmaker, who lived across the road. Leczek enjoyed getting lots of friends together for dinners and whatnot.

The last time I was in New York the talk was of tanks on the street post 9/11. M. was 8 months pregnant and I’d come to interview Joan Didion for the Observer. Political Fictions, her book on the political process, was just out. We drank sherry as it blizzarded outside and her husband, John Gregory Dunne, took a call from his cardiologist to discuss his heart fibrillations.

While I’ve been away, cab fares have gone up. Sixty bucks to get into the city from the decidedly shabby JFK (No change there, then) In between meetings with publishers, I walk the High Line beneath an overcast sky. Its unseasonably warm. I drink June Brides with a journalist friend who hosted literary salons in her East Village walk-up, back in the 90’s. We’ve grown up and so has the city, stuffed full of designer stores and bankers, the only ones able to afford Manhattan’s rates.

The city had stories to tell, and the idea was to get to them before all the other hacks did. And the streets were crawling with the hacks, all doing what they could to outwit their rival – bribing coppers, vicars and councillors; ripping the voice boxes from public telephones so they couldn’t phone a story back to the office. They’d pay off whores and beggars, set up false leads.

But none of them outdid Ray Marr. Ray was always one step ahead. For Ray had me.

“It would be, it’s two in the morning. Now get your kegs on and come with me.”

The Infidel’s Son by Aziz Hakimi

“Where have you come from today, sir?”

The bald middle-aged officer in a blue uniform casts a suspicious glance at me from behind his crescent shaped glasses before flicking through the pages of my passport.

“And what’s the purpose of your visit to the UK?” he says, without looking up.