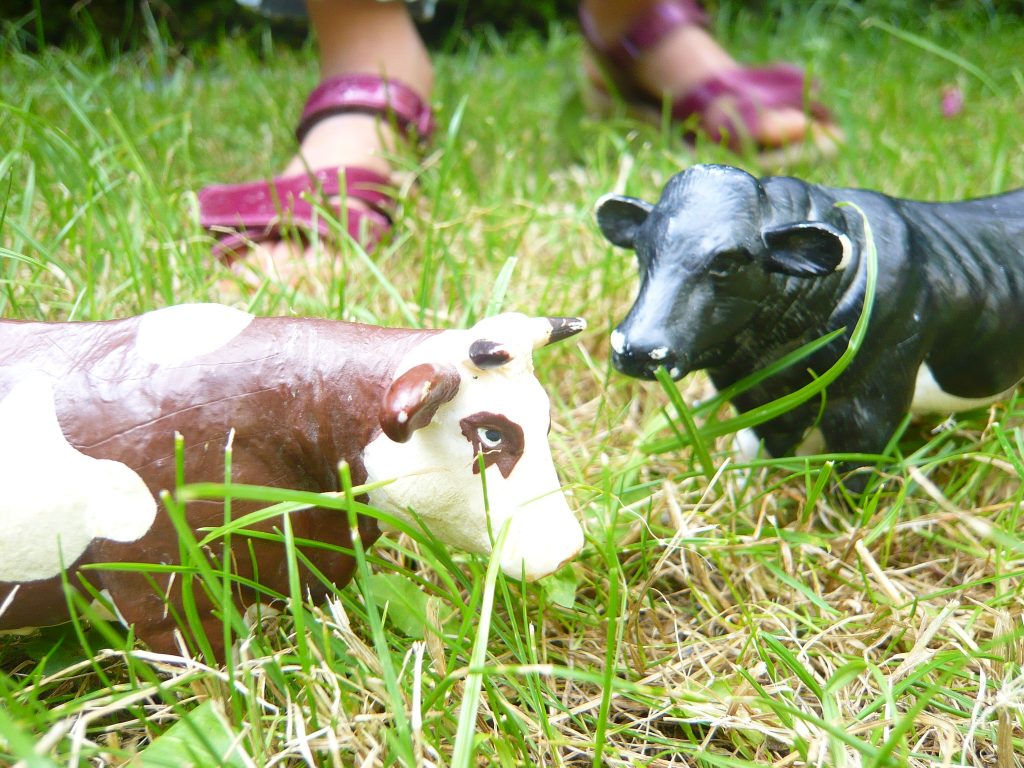 The countryside stinks. It’s all cow slosh and sheep cack, you can’t go anywhere without messing up your shoes. Dad lives in the countryside, and me and Colette have to go every summer for a whole week. Dad picks us up one at a time because his car’s only got two seats. It’s red and goes really fast and Mum says it’s a bloody joke. Mum always makes out she’s dead-heading the roses when we leave with Dad, but we know she’s trying not to cry. But then Frank arrives in his silver Sierra and she perks up. Frank has a big moustache and wears brown slacks with a crease down the front. I like Frank because when he laughs he throws his head right back and you can see the gold horseshoe he has instead of teeth. Colette hates Frank and always writes rude words in the dust on his windscreen.

Once we arrive at the countryside, we can’t go anywhere because the car’s too small. It rains most days because it’s summer time, so we have to sit indoors and watch the cricket. We’re not allowed to bring games with us on account of the car having no boot, so we use the beds as trampolines until Dad tells us to pack it in. Colette cries most of the time when we’re away. She always asks when it’s Sunday again so we can go home.

Dad lives in a much bigger house than ours, with his new wife, Linda and our big brother, Michael. Michael is ten years older than me and goes to school in a suit. He is our big rugby hope, and is going to play for England one day. Failing that, he’s going to be a journalist, like Grandpa. He has his room in the attic, where he reads Fungus The Bogeyman and smokes rolled-up paper out of the window. He told me that is he fuck going to be a journalist, he’s going to be in a rock band, but not to tell Dad or he’ll give me a kick in the slats.

Mum cried when Michael left with Dad. She called him a traitor and told Dad he could shove his marriage up his whatsit. Colette said they were all big bastards and locked herself in the toilet. She didn’t stay in long though, because she was frightened she might miss something. I didn’t mind so much. I got a bigger room and twenty pound notes from Dad every time I saw him. I asked him once why he’d gone, and he said the house was too small, what with the cat and all. I told him there was space for him in the garage, and he cried. Then he said that in truth he wasn’t sure why he had gone, and to ask Mum. Michael told me later that he cried every night too because he missed Mum and the cat and all, but not to tell anyone otherwise he’d give me a kick in the slats. Everyone always cried, except me.

Dad works in telly. He wears all-leather shoes and suits by Paul Smith. I know because he showed me the labels. Mum said he is overdressed for a boy from Blyth and that jumble clothes are as good as your own after a boil wash. One summer, Dad had a big party, and all these people from the TV were there. There were actors, directors and this fat bloke who presents the news. Dad had done a whole salmon and sheep shit on toast. At least that’s what it looked like. Linda said it was called caviar and not to touch it. Collette and me had to sit in the living room and behave. Colette can’t behave for long, and wrote a rude word in the guacamole.

The fat bloke from the news got really drunk and told me and Colette to test him on capital cities. He got Paris and Rome, but went to get another drink when Colette said Nigeria. When he danced he looked like a toad and his face was the colour of bubble gum. When he wasn’t dancing, he was trying to neck with Linda in the kitchen. We had to go to bed when he started taking his clothes off in the middle of the living room. Dad said it wouldn’t do for us to see his unmentionables at our age, and that it might give us nightmares. Colette said she’d seen a man’s unmentionables before, but Dad said he doubted she’d seen one like this.

Dad was better when he was drunk. The rest of the time he was tired and didn’t speak. In the mornings, he ate his muesli on his knee and watched the headlines and you weren’t allowed to interrupt. When he was drunk, he laughed and did funny dances to Cuba by The Gibson Brothers. Later, when he was really drunk, Dad always cried and told us he loved us. Colette always cried too and said she wanted Mum. This made Dad cry more.

We’d been upstairs for ages looking through Linda’s shoe cupboard, when we heard everyone screaming downstairs. We ran to the banister and looked over into the hallway. The fat news reader was curled up like a slug on the floor. He was the colour of cream cheese and you could see his unmentionable flopping about between his legs. Linda was breathing into a brown paper bag and Dad was on the phone. Someone said it was too late, but Dad was telling the person on the other line to get there as soon as possible. Then someone saw us and told Dad, and Dad shouted at us to get back to bed and to take Linda’s bloody high heels off. Colette said later that Dad was right, the unmentionable she had seen was nothing like the fat news reader’s.

We had to go home early that summer. Mum picked us up the next morning because Dad said he couldn’t face the journey twice, what with the dead news reader and all. Mum said he was too hung-over to drive more like. She said it’s always a bloody drama whenever we go to Dad’s for the week, but she drew the line at corpses in hallways. She asked him who the hell did he think he was, Colonel bloody Mustard, and that we weren’t allowed to go there anymore. She told him he could speak to her solicitor if he didn’t like it. Dad said she would be hearing from his solicitor if that was the case, which shocked me because I’d never heard Dad speak in the morning, least of all before he’d had his muesli.

The fat news reader’s face was all over the telly after Dad’s party. Everyone was crying again and the police said there would be an inquest. Dad phoned to say that me and Colette might be needed as witnesses, but Mum said he could go and piss up a flagpole. He wanted to speak to us, but Mum wouldn’t let him. Mum ended up changing the number because he wouldn’t stop ringing. When I told the kids on the Estate about the actors and the news reader, they told me I was a liar and kicked my arse.

We’re not going to Dad’s this summer. We haven’t seen him for a bit. He sent us each a ton for Christmas in a card with a picture of the countryside on it. I reckon I could still smell the horse shit, but I bought a new pair of Reeboks with the money. Frank’s moved in. Him and Mum listen to Charlie Rich until midnight and feed each other strawberries. Colette still hates Frank and leaves pellets of cat shit on his car bonnet. Frank’s always showing his gold horseshoe, even when he finds the cat shit. It winds Colette up something rotten.

We’re going to Doncaster on our holidays this summer instead, to see Grandma. Dad says Grandma’s got a forked tongue and scales, but I’ve never seen them. I like going to Doncaster. It doesn’t stink like the countryside and Grandma always gets us a mix-up from the shop. Grandma says we’re back where we belong when we go to Doncaster, the four girls together. She reckons Mum’s better off back in the nest. She tells Colette to keep working on Frank and we’ll be rid of him by spring. She always laughs though, so we know she’s only joking.